Life is Unfair
Everyone Struggles
Let's Not Make That An Excuse 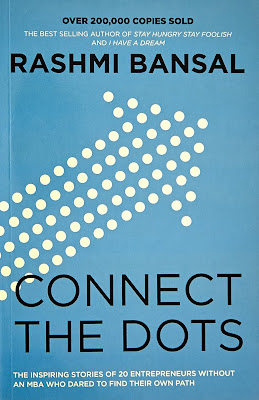 I have to admit that I am late. That too by a decade. The book was first published in 2010.

It feels like ages ago when I read the author Rashmi Bansal's first book Stay Hungry Stay Foolish. It certainly stirred a thought.

One has to wonder if the author is fan of Steve Jobs when one goes through the book titles which can be related to him. The title for this book seems to be derived from his famous speech at Stanford.

Don't we love the underdogs, when they triumph like a David taking on a Goliath?

Apparently the author also shares a fascination for them when she talks about the twenty  entrepreneurs who  were never in the first place meant to become one.

The book talks about individuals who perhaps in their quest to satiate their hunger came out in the black as they stood out for their acumen to make better of their situations/opportunities.

Be it the story of Prem Ganapathy of Dosa Plaza who came to Mumbai sustain a living but ended up building a dosa empire that has over 70 outlets in India and abroad.

There are others like him who stand out. Like Hemant Gaikwad of BVG India, R Sriman of Crossword (no longer a part of it), Chetan Maini of Reva (sold to Mahindra), Mahima Mehra of Hatthi Chaap, Krishna Reddy of Prince Dance Group & Saurabh Vyas and Gaurav Rathore's Political Edge.

It takes you on the embarkment of their journey and the problems that they had to overcome to reach where the stand today. The author ensured that she touched on the areas of these entrepreneurs wherein there journey could be captured in a holistic manner.

Like the speech of Steve Jobs, its only when you look back at their choices, grit & determination that one can connect the dots.

The book makes a wonderful read if you like reading about individuals who came on the top when the chips were down. Their passion, vision and focus did not drown them in societal norms of  walking the path of tried and tested roads.

Its worth a read for anyone wanting to become an entrepreneur from having nothing but passion and an idea to bring their dreams to reality.
No comments: Links to this post 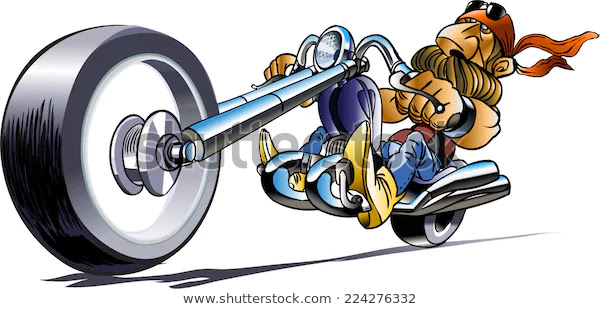 Oh, I cannot believe that its been six years and the craze of riding a motorcycle has not died down.

As in upgrade myself to a car.

Funny right, why would one pick up a bike to ride leaving the comforts of a car? Its not as if I am driving a Harley or a Bullet (Royal Enfield).

Would you believe that I actually did not learn to ride a bike for the fun but for the need of commute?

As a kid, I used to get my hands on learning more about cars when I had one. It was pretty clear that I would own a car compared to a bike albeit it was not meant to be.

My first brush with the bike happened in my college days, when one of my school friend decided to teach me on his father's bike. I picked up pretty quickly. That was then.

Ages later I got an opportunity to buy a second hand bike but was not simply interested. I preferred walking & traveling in BEST buses.when frequencies were on a higher end.

In the time to come, it was the need of the hour of commuting that got me thinking. I needed a ride.

Now comes the problem. It had been quite a while since I rode a bike. It was time to learn it again but how?

In the old days, it was a friend with a bike who would help but not now.

In my quest of learning a bike, roped in another friend who too was keen to ride. We almost bought a bike together. One will find driving classes for car everywhere but for a bike there was none.

It so happened that after months passed by I came across one instructor who did taught two wheeler driving lessons. The challenge was when to attend in the weekdays when one is working. I ended up getting up early in the morning traveling in the train and coming back and then leaving for office.

Learning the ropes was ok but practicing it was the key. Getting up early became a norm till it instilled enough confidence that it can be ridden on the daily Mumbai traffic on the way to work and back.

The first long distance ride happened after 9 months to Lonavala. It was fun ride with lots of memories with friends. Post that the next three years was ridden on commute from home to work and back.

The mechanics at the service center used to take a jibe asking if it was not driven around.

The year 2016 was going to change everything. One needs to have the sulemani keeda to do something out of the box.

It was my first solo ride to Nashik (330kms approx.). There were so many things running on my mind. Like what if something goes wrong? Tube tires getting punctured. Which did happened but with a twist. Every ride teaches you something about the ifs & buts & taking care of it.

Post that went on another ride of 1800 kms (longest one for me). What a ride that was.

Somehow the recent ride to Aurangabad a 350 kms distance proved a lot tougher with bad roads taking a toll on my bike & on me. Certainly an adventure where everything went wrong.

The bike reading for the year ending 2019 stands at 2.30 lac plus kms ridden of which a major part of the ride has happened in the last three years.

Have to say that the Aurangabad trip kind of made me desired of having a car which would make certain things very easy.

A bike ride is fun, you can feel the wind on your face, experience each turn in the ghats, the slopes be it uphill or down and the hair pin bends. Such experiences can never be felt on a car ride.

The downside is you cannot leave your luggage lying around on the bike. You need to keep a watch on it. Carry around your helmet as its fixated with gadgets. With a car, you can just leave your belongings behind and walk away with the essentials.

Bad roads can take a toll on you and certainly did on me. However I am not going giving up on it yet.

The option of upgrading to a new bike or car is there. It can be both too!!

What do you think it should be?
No comments: Links to this post

Email ThisBlogThis!Share to TwitterShare to FacebookShare to Pinterest
Labels: My ramblings

Book Review: Footprints On The Sand Of Crime 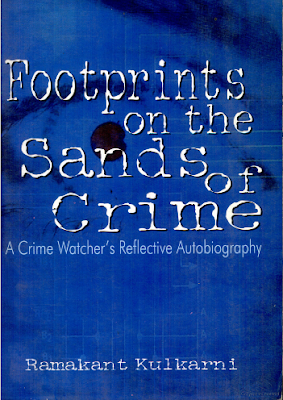 When one talks about reading books, one always goes for known authors/writers whose books are popular. It saves one from disappointments.

Then again what happens to those budding/potential writers or someone publishing a book whose name you have never heard like ever...

The beauty of reading  from these unknown writers is that they bring fresh perspective and different ways of story telling then one has been used to.

Remember the world has a population of more than a billion and each one of us has a story to tell using our own imagination, experiences and unique way of putting it out for the readers to read.

Why choose to restrict yourself to a few when you can explore around the unknown to learn more or understand better perhaps.

I decided to take the plunge with the book Making Breakthrough Innovations Happen by Porus Munshi. It did not disappoint.

For the second book, I picked up Footprints on the sand of crime by Ramakant Kulkarni. It explores the crime scene in India from the experiences of a police officer and touched upon a few criminal cases handled by him. The book was first published in 2004 and has been in reprint.

It is so ignorant of us that while we watch so many western detective/crime tv shows/web series but we hardly know anything about the Indian crime scene unless one has started watching Crime Patrol.

The book touches upon the journey of the author from joining the police force to moving up within the ranks and his encounters with the crimes taking place.

Be it the international criminals Walcot and Danze or arresting the serial killer Raghav Raman.

Every case has been detailed with the trail that led them to the assailant which certainly makes an interesting read.

There are some cases which makes you wonder was killing the person worth it? Be it the case of a prostitute who was living a happy married life after leaving her past behind or the murder of a women bus passenger.

He has expressed his distraught over re-investigations of cases or investigating one of their own. He also informs us how getting crime solved did not led to justice unless its proven in the court which can be tedious and sometimes the accused goes scot-free.

He sheds his insights into the Raj Bhavan burglary & Indira Gandhi's assassination of which he was a part of.

The book summarizes the author's journey and the insights into the select cases. The writing is also lucid which makes it easier for the readers to comprehend.

Would recommend this book if you want to learn more about the Indian crime scene.

P.s. The author has passed away almost thirteen years back. 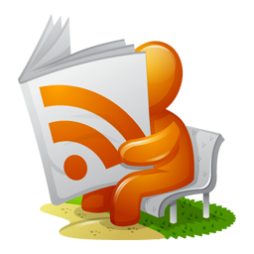 Tales of A Tall Guy by http://lifeunwinded.blogspot.com/ is licensed under a Creative Commons Attribution-Noncommercial-No Derivative Works 2.5 India License.